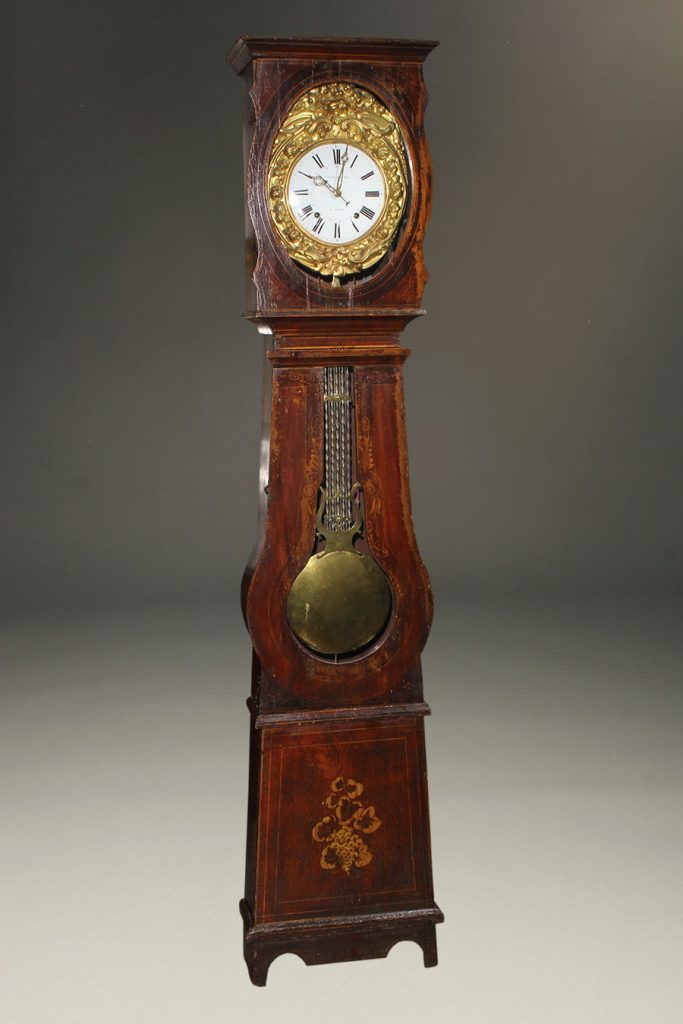 This is a wonderful example of the French Comtoise clock (also known as Morbier clocks).  The movements were made in the Jura mountains located in the Comté region of France.  The movements were then distributed throughout France where local cabinet makers would build the case. This particular case has some very simple but charming hand painted details.  This clock will require winding once a week to maintain continual running.  Like most clocks of the type the movement strikes the hour on the hour then repeats the hour striking a few minutes later.  The clock will also strike once on the half hour.  This particular movement has a wonderful departure from the norm.  The hour is struck on a bell but hour striking a few minutes after is on a coiled gong.