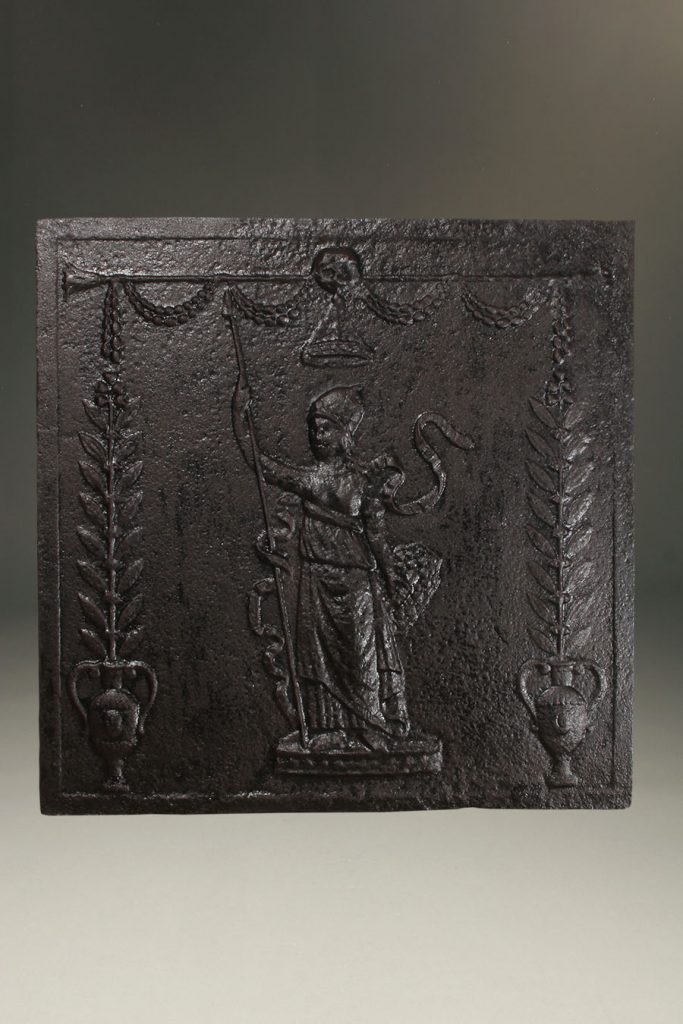 Late 17th century French fireback with a female figure with a crown holding a staff.

Firebacks served a couple of purposes.  The first and perhaps the most important was to protect the wall at the back of the fireplace.  Unlike modern construction, early fireplaces were susceptible to the destructive impact of fire.  Placing a sheet of cast iron (a fireback) would go a long way to mitigating this vulnerability.  In addition to protection the fireback would also provide a comfortable radiant heat.  While the fire is burning in the hearth the fireback absorbs a great deal of heat.  Once the fire dies out the fireback will release its absorbed heat into the room.  Another purpose of the firebacks was aesthetics.  It is very common to see designs and themes cast in to the plates.  Some of the more common designs found are coat-of-arms, mythical, or romantic scenes.

This late 17th century French fireback is shows a woman with a crown holding a staff.