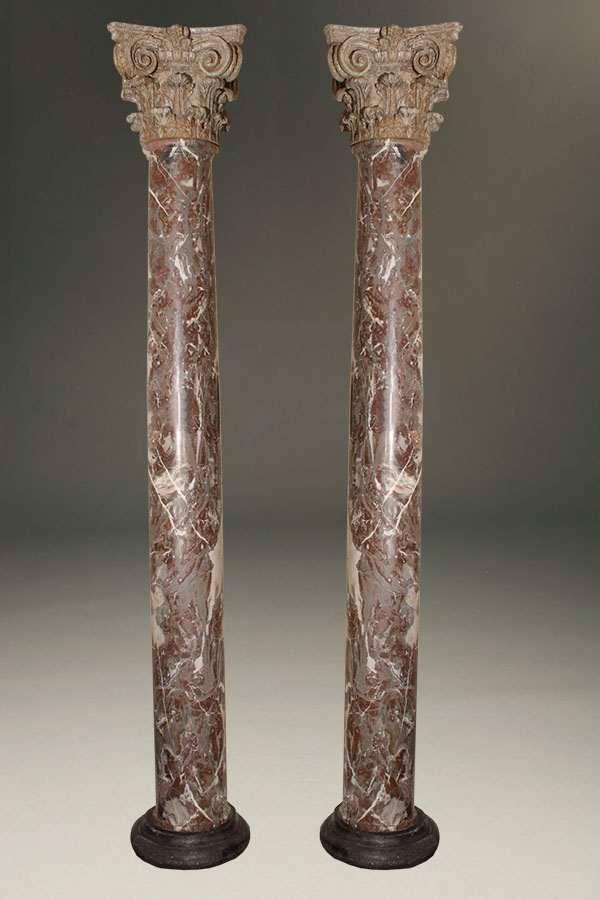 Monumental pair of 16th century columns.  Hand lathed in Rouge Royale from an extinct marble only used for the castles of French and Flemish royalty. These columns were made about 1550-1580.  They are from a castle in Liege, Belgium that was being restored to authentic 14th century period.  These columns were 200 years late so were removed.