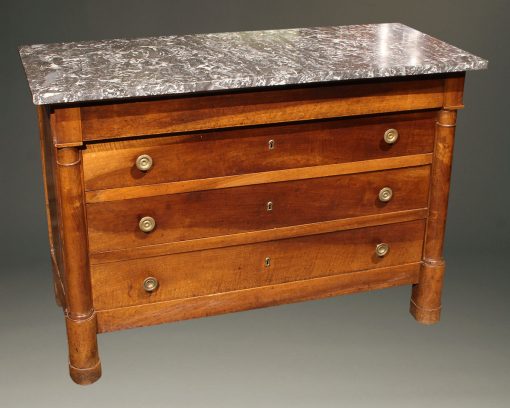 It may sound like a contradiction of terms, but this antique French Empire style commode could be described as comfortably formal.  The straight orderly lines of the Empire style typically have a somewhat formal “feel” and works very well in formal rooms.  True to the Empire style this commode with its beautiful grey and white marble and solid bronze pulls would be most appropriate in a formal dining room.  However, due to the warm tones and grain pattern of the cherry wood this commode is of a more versatile nature and would sit comfortably in a bedroom.  Not only is this an aesthetically appealing and versatile piece but is also practical due to its four spacious drawers.